Skip to Main Content
0 Items
Welcome to my completely new shopping cart.
I hope this cart will be much better and easier for you to use.
I am sorry that I was not able to move everyone's current account over to this new platform so you will need to create a new account. I apologize for this. 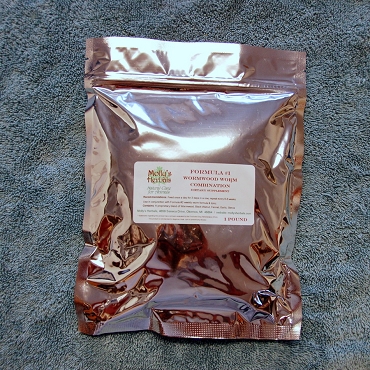 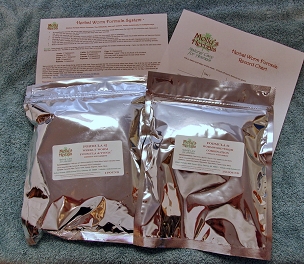 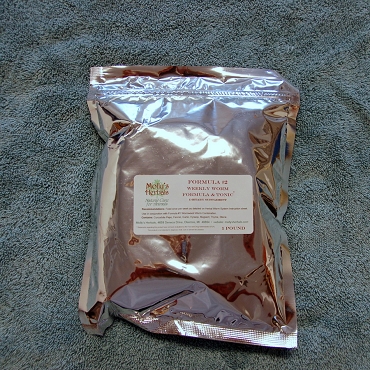 After much research into herbal wormers and wormer compounds for goats, dogs, cats, horses and other animals, I have found that most of the herbal wormer and dewormer products available on the market today indicate that they should be used weekly, and are safe for pregnant and lactating animals. These formulas all contain Wormwood, which is not considered safe, by Herbalists, for use while pregnant and not recommended for use while breast feeding. (Please read these extended safety notes regarding Wormwood.) Since herbs are not drugs, herbal wormers and worm formulas do not legally have to carry milk withdrawal information or pregnancy warnings. Since some other herbal wormers and worm formulas say they are safe, they are either: taking advantage of this loop hole; they are either mistaken as to the safety of Wormwood (perhaps mistakenly thinking that all herbs are safe in all situations); or these formulas contain so little Wormwood that they will not be effective for the use they are intended. Wormwood is a herb, and not a drug, and it has not been officially studied by the FDA to discover if there is should be a milk withdrawal time or whether it is safe for pregnant animals. Because of this, you can legally say there is no official safely issue, but research into the use of herbs will show you it should not be use on pregnant humans, or animals.

Wormwood is a safe dewormer when used properly, but the continuous, long term use of small doses of wormwood, (every week- exactly how other wormers and worm compounds prescribe it) can be harmful to an animal's kidneys, liver and nervous system. Wormwood can be used safely on animals in larger doses, on an occasional basis (every 6-8 weeks). Because of this I originated a new concept in herbal worming methods, and I created a new system using two herbal worm formulas that work in conjunction with each other: the Formula #1 Wormwood Formula One and the Formula #2 Weekly Worm Formula Two.

Most herbal wormers, dewormers and worm products also contain laxative herbs; my formulas do not. The idea behind using laxatives is to flush out parasites by loosening stool and stimulating bowel movement. However, this approach adds stress to the animal's system and may lead to laxative dependency. If constipation is associated with a worm infestation (which very rarely happens) you could administer Slippery Elm, which aids in lubricating the digestive tract without pulling needed fluids from the body.

Please note that this type of worm formula is used in a Holistic manner. Holistic therapies address the health of the entire animal (or human) by slowly and surely balancing the systems of the body, strengthening the immune system, and preventing disease. Because of this, you need to understand that herbal wormers are also used as a preventative, as opposed to just waiting until you have a major problem or infestation. This system is intended to be used all year round; do not quit using it in the winter. Please read this: Understanding using herbs.